An internationally based company formed a substantial joint venture with a U.S.-based petrochemical company. These two companies developed an extensive facility in Saudi Arabia.

The client was responsible for operating the facility after completing it, and the U.S. partner contributed new, cutting-edge technology. This new technology was utilized exclusively in U.S. facilities at that time, and our client’s local employees hadn’t been trained on how to run the facility.

Our client recruited and hired the needed personnel in their home countries, with plans to send them to the U.S. for extended training lasting from three to six months. The trainees would arrive in groups ranging from 5 to 15 or 20 employees. As each group completed their training, they would rotate back to their home country, and within four to six weeks, the next group would arrive. Also, individual trainees would come sporadically throughout the program, and the company would incorporate them into the existing group of trainees.

As part of TRC’s relocation services, TRC delivered destination services to the foreign nationals arriving in the U.S. Upon arrival in the U.S., TRC was to provide a two-day intercultural training for each of the groups, typically at a separate hotel location.

TRC was also responsible for:

The heaviest volume of trainees arrived at the beginning of the program, and the rotations continued for approximately three years. Our client had never attempted this type of extended training and was highly pleased with TRC’s guidance and execution. They said on several occasions that they could not have achieved the level of success without TRC’s support. 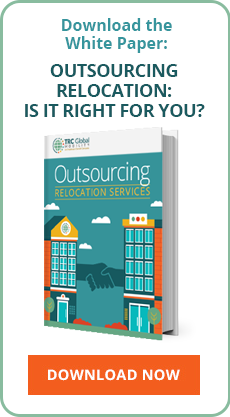