U.S. Immigration Law: Where Are We Now and What’s to Come? 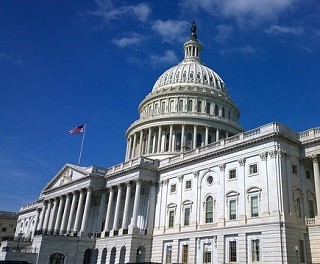 TRC Global Mobility is sponsoring an upcoming Worldwide ERC Learning Zone webinar on April 10, 2018, presented by Envoy Global. Here is a sneak preview of some of the findings contained in Envoy’s Immigration Trends 2018 report. Click Here to Register for the Webinar.

It’s clear that immigration continues to be an area of focus among employers and the U.S. government. Last year brought forward changes in policy, practice and rhetoric, and, unsurprisingly, the outlook for 2018 is similar, with even tougher restrictions being proposed.

Here are some of the potential changes that may be implemented in 2018.

Recently, signs have appeared in airports across the U.S. for this 13-year-old legislation. The REAL ID Act establishes a set of minimum requirements for identification used to board federally regulated aircrafts as well as entering federal buildings and nuclear power plants. Though the act was passed in 2005, enforcement went into effect at all airports as of January 22, 2018.

Some states are in compliance with the law already, and travelers from those states should carry their federally-compliant ID with them when traveling by air. There are some states, including California, Illinois and New York that have filed for an extension until they can roll out full compliance by 2020.

At the moment, American Samoa is the only one among all American states and territories that is not in compliance with, or in an extension period for, the REAL ID Act, and federal agencies won’t accept driver’s licenses and ID cards from American Samoa. A list of accepted identification from TSA is available here.

There has been an unusually high number of Request for Additional Evidence (RFE) notices being issued for H-1B cases. The increase appears to be occurring across the country for H-1B cases – certainly those filed for the H-1B cap – and is not limited to any industry or employer type. As it stands, USCIS seems to be applying a strict standard review and making new or misguided requests for the case type.

In December 2017 DHS gave notice that it intends to propose to revise the terms “specialty occupation” and “employer-employee relationships” to increase focus on obtaining the best and the brightest FNs & better protect U.S. workers. The proposal is expected Oct. 2018.

Work authorization for spouses of H-1B visa holders, currently part of the H-4 dependent program, could be revoked this year, according to a statement the Trump administration made in December 2017. The H-4 visa program has permitted some spouses of H-1B workers in the process of obtaining permanent residence to obtain employment authorization since 2015.

In December 2017 USCIS announced that the TN Economist category will no longer be available to financial analyst, market research analyst or marketing specialist occupations, as well as other occupations that are related to economics.TN Economist category is still available to professionals who fall within the traditional definition of economist as defined by the Department of Labor.

The three countries are also currently in their seventh round of NAFTA negotiations.

For more detailed information on what’s to come in immigration this year, sign up for the upcoming webinar, U.S. Immigration Law: Where Are We Now and What’s to Come, taking place on April 10, 2018.