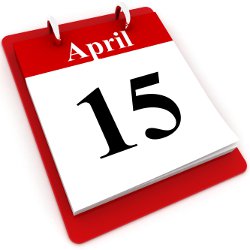 It might seem way too early to think about 2015, but when it comes to taxes, now is the perfect time.

Many of the employees of our relocation clients were hit with a heavier tax burden this year, just some of the 3.9 million Americans that had to pay the dreaded alternative minimum tax, aka AMT. Under our dual tax system, taxpayers have to pay whichever amount is higher – regular income tax or AMT. The AMT does not allow many of the deductions allowed on regular returns – personal exemptions, standard deductions and deductions for state and local taxes paid.

What happened this year?
Since the AMT law was established in 1969, many wonder why it was such an issue for 2013 taxes. Blame the AMT’s rise on the government shutdown last year, which ended the annual uncertainty about which income levels are exempt from the AMT.

As part of the compromise to get our government running, the full exemption now applies to adjusted gross incomes of couples earning $80,800 and singles earning $51,900. As incomes rise, the exemptions begin phasing out, which leaves the upper middle class – those earning between $200,000 and $500,000 – most at risk for facing the AMT. Also, starting in 2013, these income levels are automatically adjusted annually for inflation.

What to do now
If you were close to paying the AMT – or paid it when you filed this year – now is the time to act so next year’s bill won’t be so high. Here are some thoughts:

a) business schedule (Schedule C) if you can qualify for a home office;
b) a farm schedule (Schedule F) if you have a farm operation and use your car in your work;
c) or Form 4835 if you are paying real estate taxes on vacant land that could be turned into a farm rental.

And sometimes, timing is everything. If you have stock options you can minimize your taxes by:

So what are you waiting for? 2015 is just around the corner! Remember, you should consult a professional tax expert to discuss these and other strategies to minimize your tax burden.